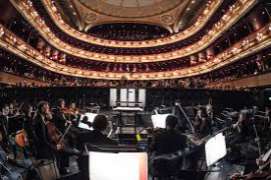 Strauss’ thrilling and hardworking approach to the tragedy of Greece receives a new game from award-winning Christof Loy. This unstoppable opera, which is about a bloodstained daughter and a caring mother, has drawn critics to vigorously debate and shock emotional audiences since the 1909 conference. Antonio Pappano has been directing violent music mixed with moments of exceptional gentleness. her first Strauss performance for The Royal Opera since 2002. The best drama is with Nina Stemme (Brnnhilde in the final season of Der Ring des Nibelungen) in the title role, and Karita Mattila in her first role as Queen of Chase Klytmnestra .